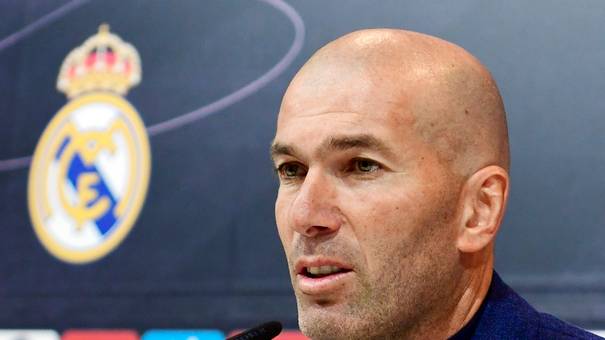 The former Real, Juventus and Bordeaux midfielder, was understood to be under contract in Madrid until 2020. His final game in charge was Saturday’s victory over Liverpool in Kiev.

Zidane departs having never been knocked out of Europe’s elite club competition, having also won La Liga and the Spanish Super Cup once.

“The decision was first to Florentino [Perez, the president], then to the squad,” he told reporters. “It was a strange decision but an important moment, it had to be done for everybody.”This team has to continue winning and has to change, after three years they need a new voice a new way of saying things, perhaps a new way of working.”I love this club, I love the president who has given me the chance to come as a player and then a manager and I am eternally grateful to him. But today, we have to change and that is why I am taking this decision.”Stepping up from managing the ‘Castilla’ B team, he replaced Rafael Benitez in January 2016 and although Real were runners-up to Barcelona at the end of the league campaign, he toasted European glory as city rivals Atletico Madrid were vanquished after a penalty shootout in Milan.Zidane followed up his maiden Champions League crown as a coach with a LaLiga title and in June 2017 his side delivered a more emphatic European Cup final triumph as his former employers Juve were humbled 4-1 in Cardiff.Although Real lost only two of their first 15 league matches in the recently concluded Spanish championship, Ernesto Valverde’s Barca were able to run away with the league following their vital 3-0 El Clasico win at the Bernabeu in December.