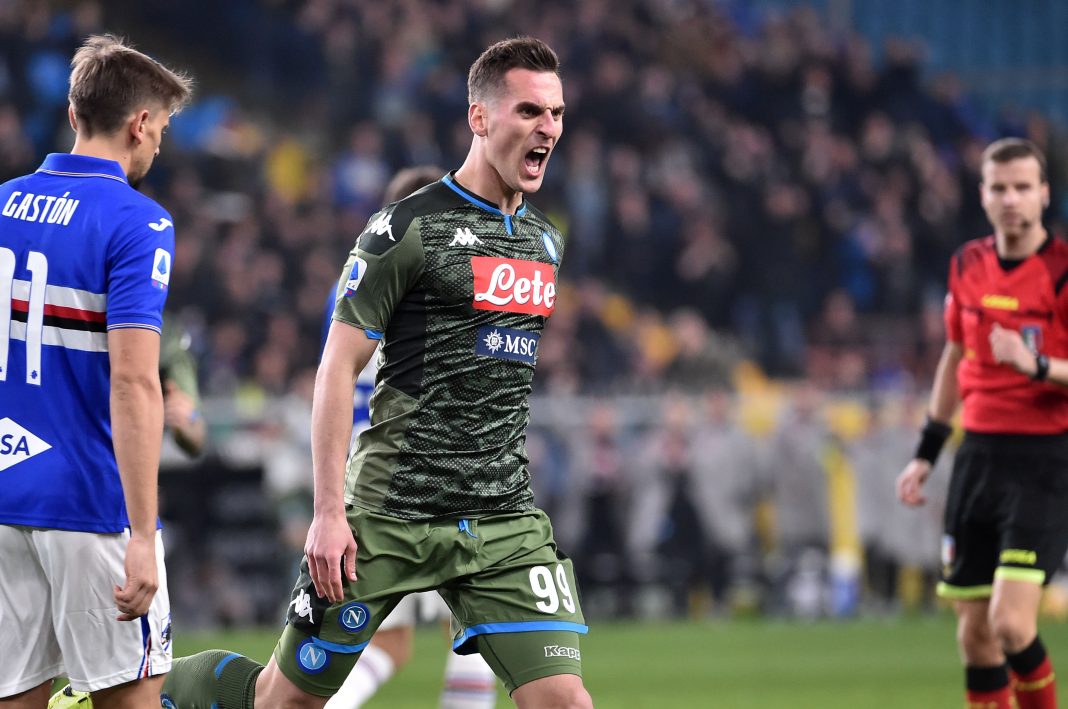 Tottenham are thought to be keen on signing the Napoli striker Arkadiusz Milik this summer.

As per Tuttosport (h/t Sportwitness), the London club have made contacts regarding a transfer in the past few days.

However, the striker is keen on a move to Juventus instead.

It will be interesting to see if Spurs can convince him to join them this summer. Jose Mourinho needs another quality striker and Milik would be a good addition to his squad.

The Napoli ace is a proven goal scorer who could partner Harry Kane in the attack. The England international has struggled with injuries this season and Spurs have faltered without him leading their attack.

Milik’s arrival would fill that void during injuries and rotations.

The 26-year-old’s contract with Napoli expires next summer and the Premier League club should be able to negotiate a reasonable fee with the Italian giants.

Napoli will not want to lose him for free next year and they will look to cash in on him this summer.

The only complication is the player’s desire to join the Italian champions.

Atletico Madrid are interested in signing the striker as well. It will be interesting to see where the striker ends up this summer.

The Polish international has scored 13 goals in 17 starts for Napoli this season.