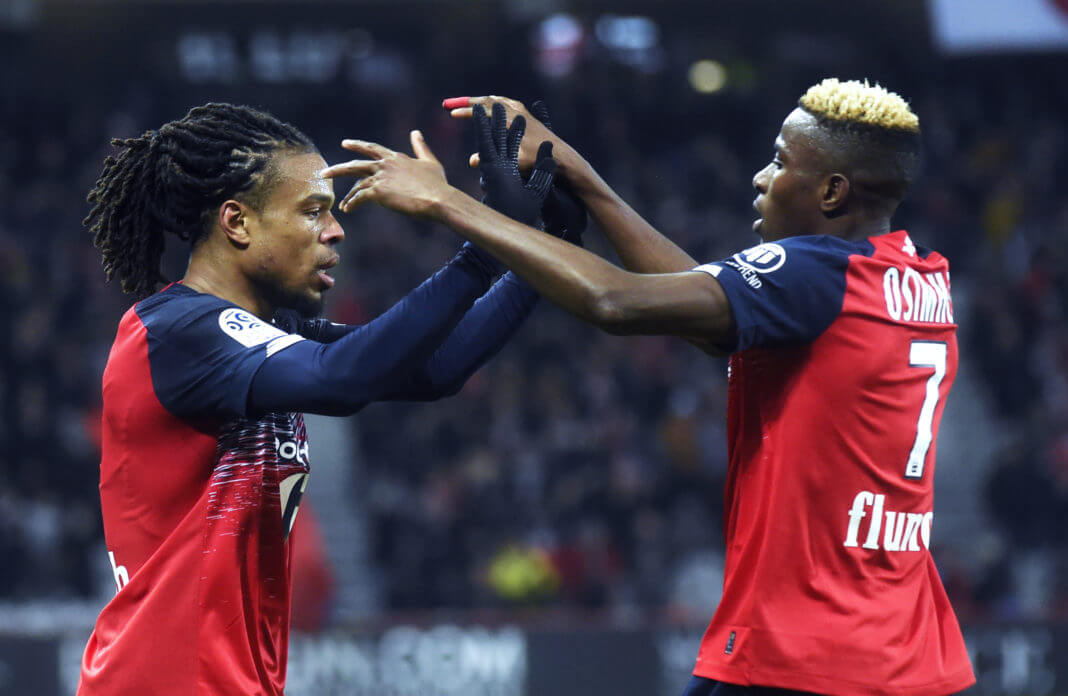 According to reliable journalist and transfer expert, Nico Schira, Serie A giants Napoli are in advanced talks to sign Lille striker Victor Osimhen.

He has claimed that the 21-year-old is the first-choice striker of Napoli boss Gennaro Gattuso. The Italian club could lose top striker Arkadiusz Milik in the summer transfer window, and Napoli are eyeing Osimhen as a potential replacement.

Napoli are ready to offer him a five-year deal, and club chairman Aurelio De Laurentiis is working to reach an agreement to sign the player.

#Napoli are in very advanced talks with Victor #Oshimen. He is the first choice of #Gattuso as a striker to replace #Milik. For him is ready 5-years contract. De Laurentiis is working to reach an agreement with #Lille. #transfers

Lille manager Christophe Galtier has confirmed early this month that the highly-rated Nigerian forward will leave the club at the end of the season.

He has been linked with a move to the Premier League with three London clubs – Arsenal, Chelsea and Tottenham Hotspur – vying for his signature.

However, it seems that all three London clubs could set to miss out on his signature as he is all set to join Napoli instead.

Chelsea have already confirmed the signing of Timo Werner and it remains to be seen whether they move for another striker this summer.

Arsenal could be in the hunt for a new striker as well, especially if Pierre-Emerick Aubameyang leaves the club.

Spurs are reportedly keen to sign Milik, and it seems Osimhen’s arrival could pave the way for the Polish striker’s departure.