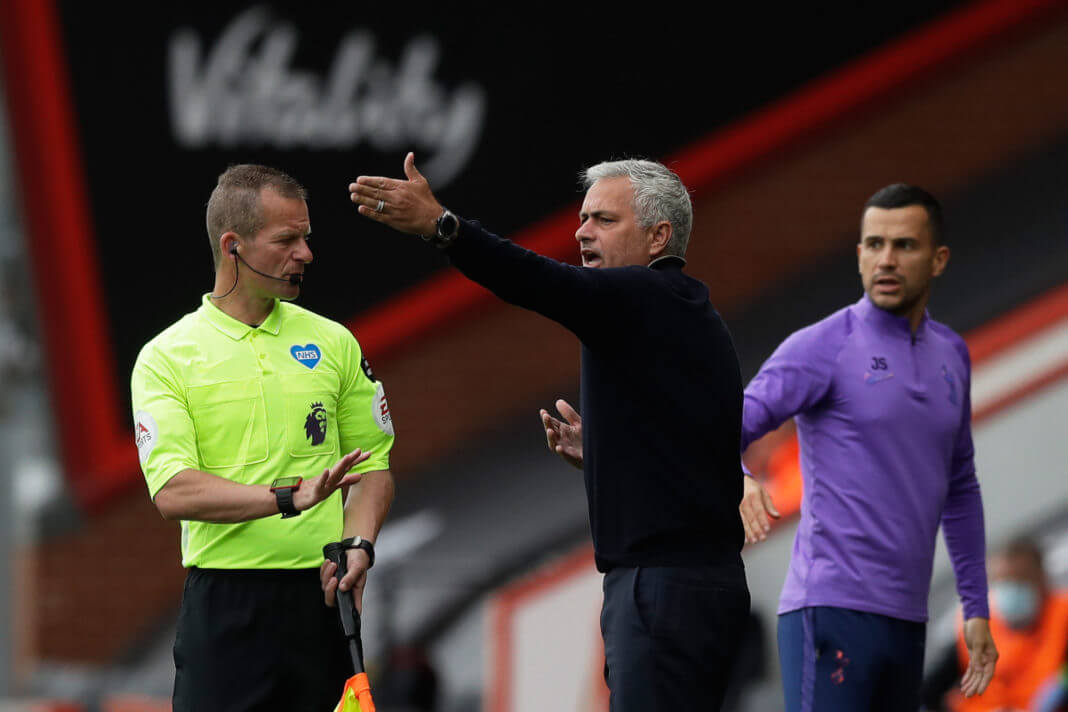 Tottenham Hotspur managed a goalless draw against AFC Bournemouth in the Premier League on Thursday.

Spurs were lacklustre throughout the game and failed to register a single shot on target.

The Cherries, on the other hand, were denied a late winner. A victory would have been massive in their bid to avoid relegation, only for Callum Wilson’s overhead kick to be ruled out by the video assistant referee.

Spurs felt they should have had a penalty for a push on Harry Kane.

The England striker did not have a touch in the opposition box until the 78th minute as Jose Mourinho’s side looked bereft of passion and ideas.

Popular football pundit, Alan Brazil, has criticised Spurs players heavily on talksport. He questioned whether Spurs players gave everything on the pitch.

He has made a bold claim that Tottenham players may have stopped playing for their manager.

Mourinho, who replaced Mauricio Pochettino at Spurs, has failed to inspire the team and the results have been very inconsistent.

Many Spurs fans have taken to Twitter to express their reaction to the comments made by Brazil. Some of the fans feel that Mourinho has lost his Midas touch, while there are others who feel that it’s the players who are to blame.

Here are some of the selected tweets:

Mourinho is now poison. Everywhere he goes it turns horrible. This time he hasn’t won anything. He needs to go.

100% agreement with what you say the last three are shocking

This is what you get when you hire Mourinho. Still can’t believe some Arsenal fans wanted him. When it goes well with Mourinho, it goes well. But when it goes wrong, it goes spectacularly wrong! Come on, this was always going to happen!

There’s a common theme with the question have the players stopped playing for José and its erm José.. this question has now been asked at Chelsea/United and Spurs I think we all know who the real problem is 🤨🤔 #Mourinho #Spurs @talkSPORT

They were a poor lot to begin with but Jose has made things worse. The man is like a cancer to anything he goes near these days. Huge error by Levy as it’s now about limiting the damage and getting shot of JM.

Let’s be honest these performaces were happening near the end of the poch era to. The players look like they’d rather be anywhere else than on a football pitch. Poor/lack of recruitment has cost us dear.