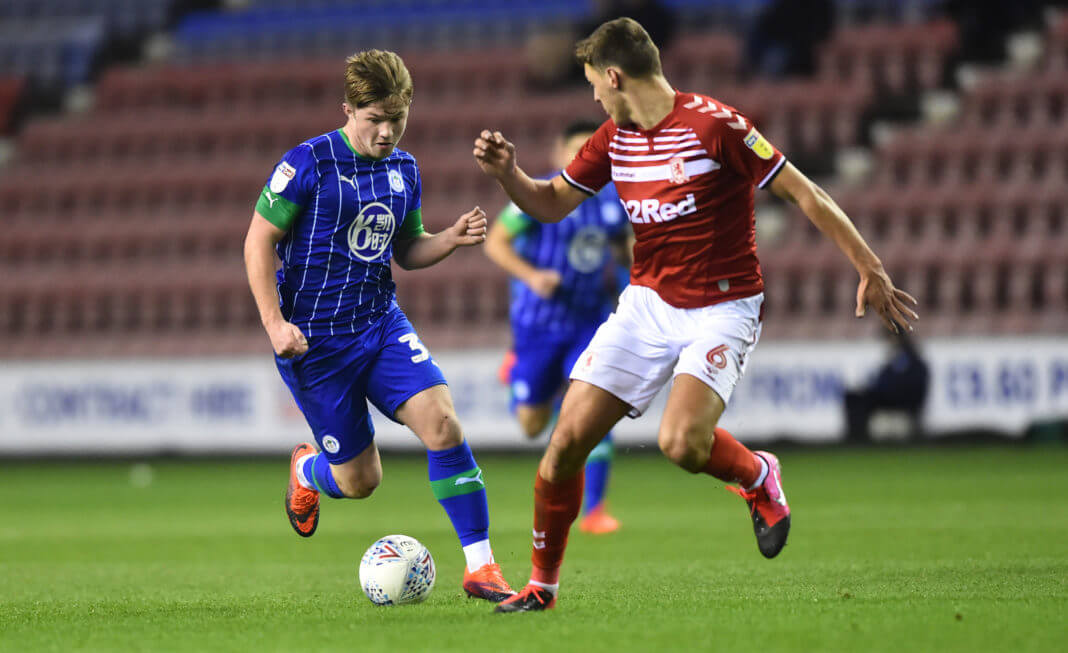 According to The Sun, Leeds United are set to sign Wigan Athletic striker Joe Gelhardt for just £1 million as they look to beat stiff competition to his signature.

The Latics are in desperate need of cash after going into administration and are ready to cash in on the teenager as they look to pay the salaries of their players.

Tottenham Hotspur, Liverpool, Everton and Celtic have all been linked with Gelhardt, but Leeds have struck a deal and pipped them to his signature.

The 18-year-old is likely to accept terms next week and could give head coach Marcelo Bielsa’s first-choice striker Patrick Bamford the much-needed quality competition and cover in the Premier League next term.

Wigan initially were demanding £5 million for the services of Gelhardt, and it put the likes of Celtic off.

However, a slip-up while registering his contract is forcing them to sell him for just £1 million and Leeds have pounced.

The England youth international did agree to a five-year deal during the campaign, but an error meant he is still on terms of his current deal which expires at the end of next season.

Gelhardt has earned comparisons with Tottenham’s Harry Kane and former Everton star Wayne Rooney, and it’s not surprising that both clubs were linked with him.

He will be keen to prove himself in the Premier League and sealing promotion definitely gave Leeds a huge chance in the race.

The Liverpool-born striker made two starts for Wigan last term, coming off the bench in 15 other league games and scoring his only senior goal against Hull City back in September.

Gelhardt scored an impressive 19 goals in 27 appearances for England across various youth levels, and he could turn into one of the best finishers in the land under the guidance of Bielsa at Elland Road.