‘This is why we only win the Audi cup’: Some Spurs fans react as Mourinho wants 10-goal ace 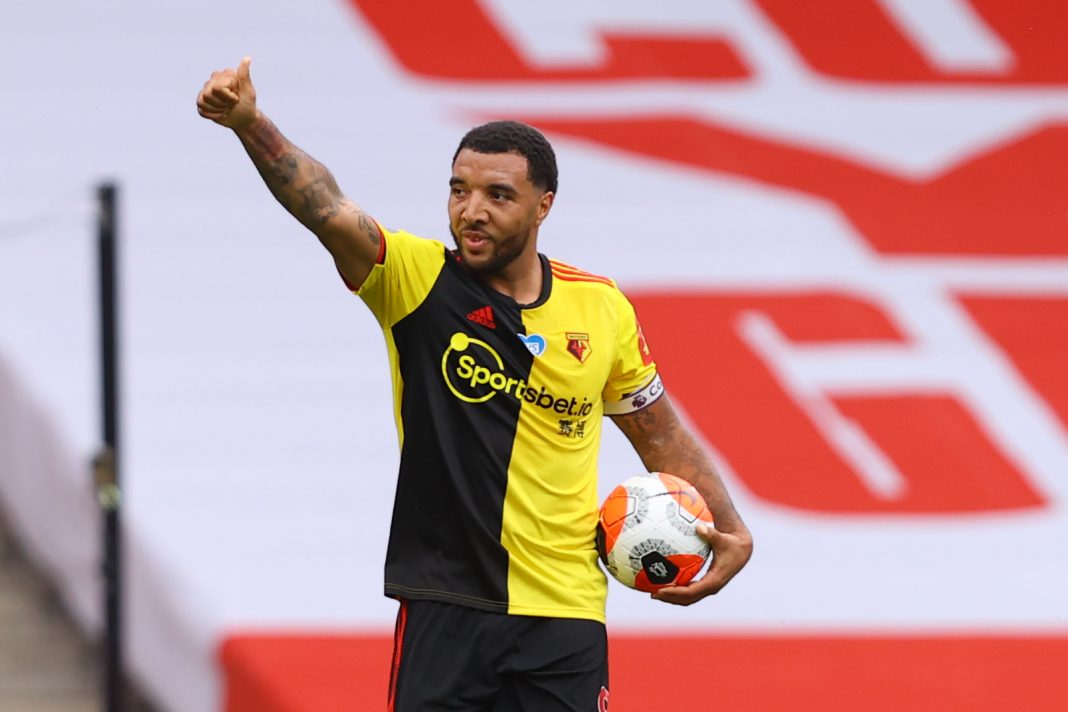 Tottenham are thought to be interested in signing the Watford striker Troy Deeney.

The Hornets have been relegated to the Championship after a poor season and it will be interesting to see if Deeney decides to move on.

As per Daily Mail, Jose Mourinho is keen on the striker and he wants Deeney as a back up for Harry Kane. Spurs are lacking in depth when it comes to their goalscoring department and Deeney wouldn’t be a bad addition.

The 32-year-old has plenty of Premier League experience (163 appearances) and he has shown his quality with Watford as well. He would add goals and presence to Spurs’ attack. He has 10 goals to his name this season.

Deeney is good at holding the ball up and he is a threat in the air as well. His arrival would allow Jose Mourinho to switch to a more direct approach when needed. It would give him a much needed tactical plan B.

The report claims that Spurs have spoken to Watford about an initial loan deal. However, the player has just one year left on his deal and Hornets might not be keen on loaning him this year.

It will be interesting to see if the two clubs can agree on a reasonable fee for the player now.

If no one else, we could do a lot worse. Loan is a no risk aswell tbf – proven prem scorer

People who are happy with theses sort of signings , shouldn’t complain afterwards when we fail to win anything

All those decades of penny pinching are really paying off now

If there’s a football god, they’ll let this happen.

Wow!!! Really that’s what we are doing! Can’t be true!

This is why we only win the Audi Cup