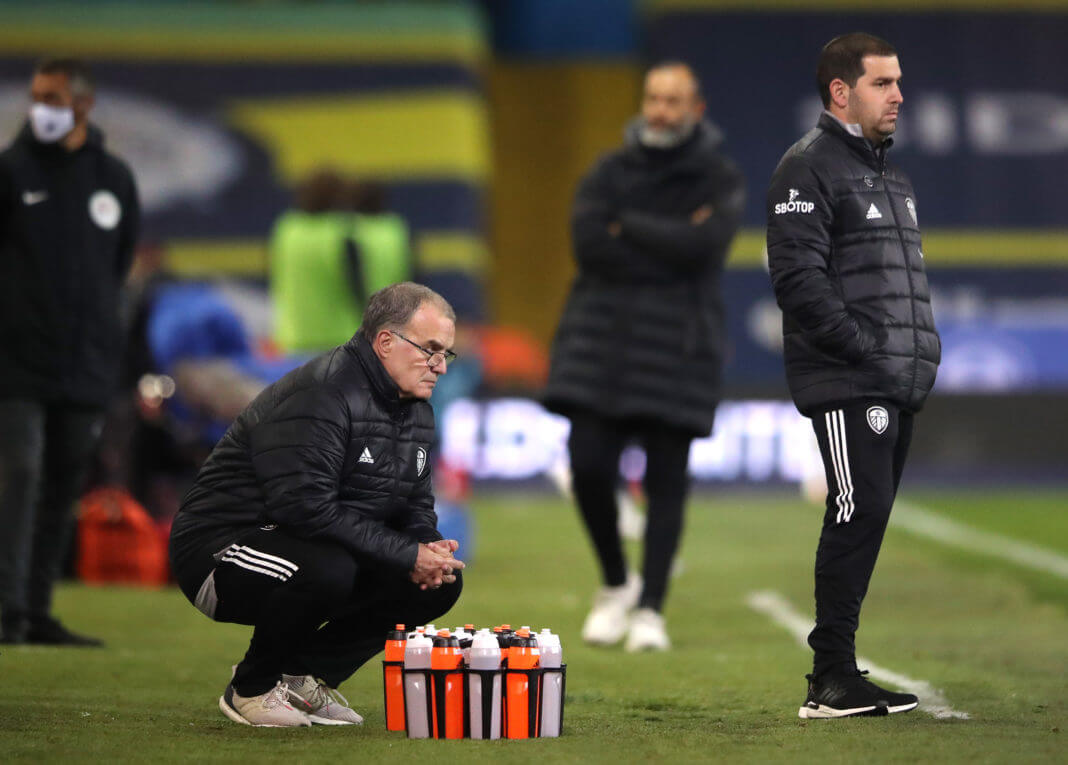 Leeds United will travel to Villa Park to face Aston Villa in the Premier League clash on Friday night.

The Whites will be looking to bounce back from their 1-0 defeat against Wolves, but the task won’t be easy as Villa are in red-hot form at the moment, winning in all of the Premier League games. Here is the team we expect Bielsa to select for the game:

Goalkeeper: Illan Meslier has started in all the Premier League games for Leeds this season, and he is expected to continue between the sticks.

Defence: Bielsa has a selection headache at the back following the injuries to Diego Llorente and Liam Cooper.

Summer signing Llorente has been ruled out, while Leeds are sweating on the fitness of Cooper. In case he fails to make the cut, Bielsa will have to shuffle his defence.

The versatile Stuart Dallas would switch sides to play at right-back, allowing Luke Ayling to partner Robin Koch at the heart of defence. Ezgjan Alioski could make his second start of the season tonight at left-back.

Midfield: Leeds will be without their talisman midfielder Kalvin Phillips for this game. The England midfielder picked up a shoulder injury against Wolves, and he is set to be on the sidelines for up to six weeks.

Mateusz Klich may drop into holding midfield to cover for Phillps, which will allow Pablo Hernandez to come into the side. Alternatively, Bielsa could use Pascal Struijk in defensive midfield, while Jamie Schalketon remains another option.

Jack Harrison and Rodrigo Moreno are expected starters, while summer signing Raphinha could make his first Premier League start against Villa. Helder Costa is another option for Bielsa.

Forward: Patrick Bamford is fit and firing, and he should be leading the line.