‘Just toxic for the club’: Many Leeds fans react to what Bielsa has just said 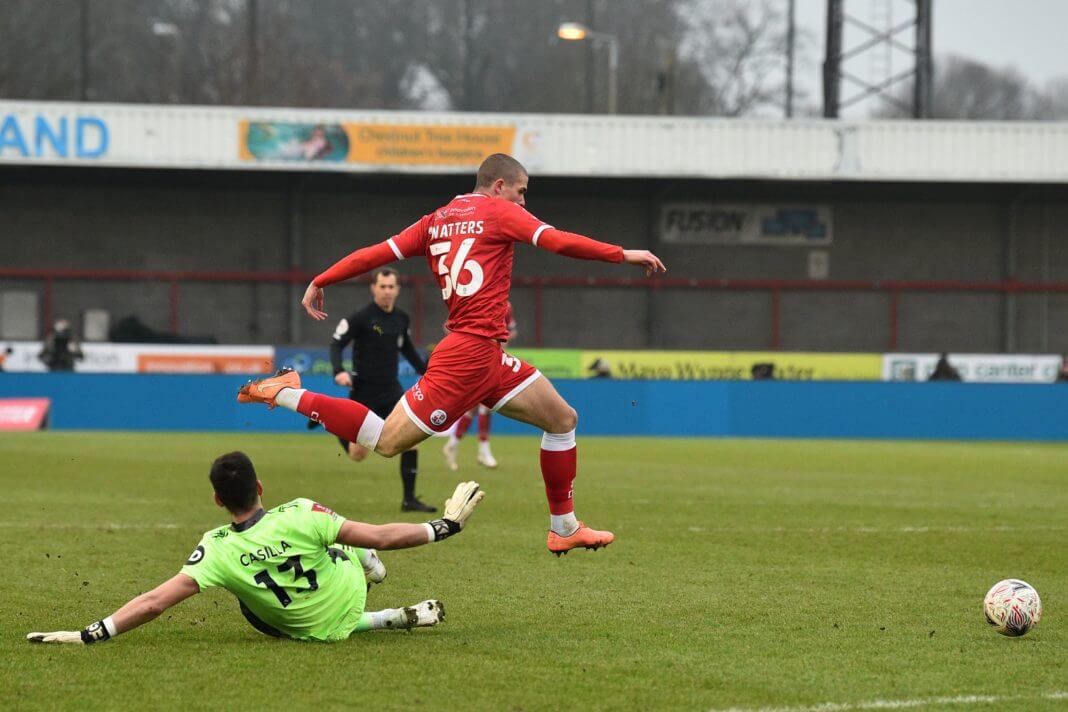 Marcelo Bielsa has provided his full support to Leeds United goalkeeper Kiko Casilla despite his horrendous performance against Crawley Town on Sunday.

Leeds lost 3-0 against Crawley in the FA Cup clash on Sunday. It was a shambolic performance from most of the Leeds players on the pitch, including Casilla.

Illan Meslier is the club’s first-choice keeper and the young French stopper has conceded a lot of goals, still learning to adjust to the Premier League.

There have been suggestions that Bielsa could try young Elia Caprile, but Bielsa has made it clear that Casilla retains his full trust.

you get the feeling that Bielsa thinks Casilla served his punishment and should be allowed to move forward or put it behind him. Has a very high opinion of him, despite that. But in reality, sections of the fanbase think differently. It’s a definite clash of views.

Many Leeds fans have taken to Twitter to express their reactions, with the majority of them disagreeing with Bielsa. Here are some of the selected tweets:

I respect Bielsa’s opinions but this time he’s wrong. It’s creating a divide in the fanbase. And the players playing with him look scared stiff, he should have gone at the end of the season. It’s still hanging over the club this

MB won’t criticise him publicly & that’s to be respected. Perhaps he has a greater influence behind the scenes than we give him credit for. Obvs he’s had some shocking performances so if he didn’t bring more to the group you’d think he’d start a couple of U23 games to keep sharp.

The charges he’s faced are one thing and if bielsa thinks it’s time to move on from that then fine. But surely he has to see that kiko is a liability, it’s obvious the defence don’t trust him. Last Sunday there were multiple times they put it out instead of giving it to him

The only move he needs is from this club. When was the last time he had a decent game for us? He should’ve gone in the summer & bielsa’s loyalty won’t change my mind

On the pitch, Kiko’s been poor. With regards to the racism charge, he should be allowed to move on after his ban. That’s what punishments are for. You don’t have to like him. Meslier also makes errors but he has youth and potential behind him. So we should be sticking with him.

I can’t defend him, just for his football ability, never mind anything else.
That goal against Derby in the play offs is etched in my memory.

His loyality to players will be the clubs undoing long term. Not even with casilla but other players who won’t be good enough for this level in the long run

Nothing short of delusion. Love Marcelo (blah blah blah) but that’s just so far wide of the mark.

Just toxic for the club and needs to go regardless really

SL View: Need for a goalkeeper

Casilla is a highly experienced goalkeeper, but he should be nowhere near the Leeds first team after such a horrible performance last week.

Bielsa doesn’t like to criticise his players in public. However, after what Casilla has gone through in the past 12 months, Leeds fans find it really hard to defend him.

It is highly unlikely that Leeds will sign a goalkeeper this month, or any other player for that matter, but the Whites should seriously consider letting Casilla go in the summer.

If Leeds manage to stay in the Premier League (which is a high possibility), they should look to sign a top-quality goalkeeper, preferably someone with top-flight experience.