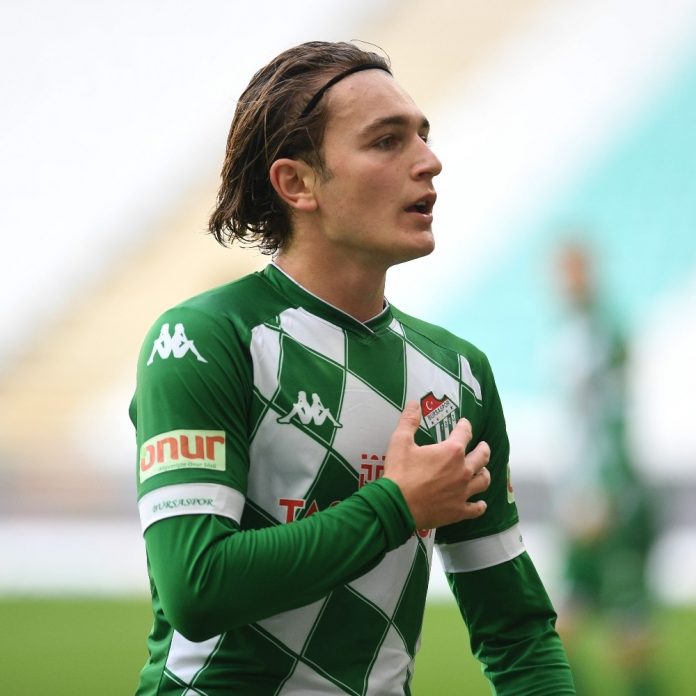 Premier League giants Chelsea and Arsenal are among the clubs interested in signing teenage striker Ali Akman from Bursaspor this month, a report from The Mail claims.

The 18-year-old has enjoyed an impressive second season with the Turkish outfit and he has bagged nine goals and four assists from 17 appearances in all competitions.

His current deal expires in June 2021 and he has clearly made his mind up to pursue a fresh challenge elsewhere after turning down a renewal.

RB Leipzig and Galatasaray were reportedly unsuccessful with transfer bids last month and it is now reported that the Blues and Gunners are in the running to sign him.

Bursaspor are looking for a fee of around £3m, but it is suggested that they could accept a lesser sum with the financial impact of the coronavirus pandemic.

Akman has found much of his success playing in the centre-forward role, but he is also capable of featuring in one of the wide attacking positions.

At 1.73m, the Turkey Under-21 international does not possess the aerial presence and he has caught the eye with his pace, finishing and off the ball movement.

Both the Blues and Gunners have some quality young players in their ranks and Frank Lampard and Mikel Arteta have not shied away from playing them.

Still, Akman may struggle to break into the first-team plans of either side with the fierce competition for places in the attack and he may not be assured a starting spot.

There is said to be plenty of interest from clubs in Germany, Italy and France as well and it could eventually come to which side is prepared to guarantee him regular playing time.