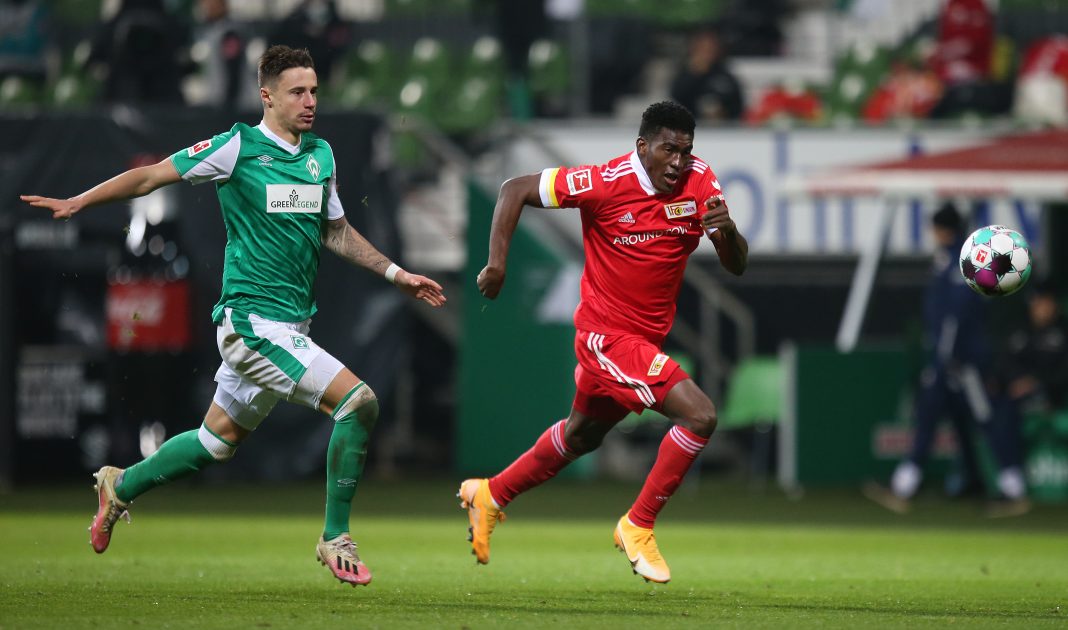 According to 90min, Rangers and Celtic are leading the chase for Liverpool striker Taiwo Awoniyi as the Scottish Premiership duo look to strengthen their attack for the second half of 2020-21 and beyond.

The Nigerian forward is currently on loan at Bundesliga side Union Berlin, and his form has attracted some Premier League sides and other suitors.

Awoniyi has five goals and an assist in 13 league games this term, and his form is one of the reasons why Berlin are hopeful of playing European football next season following a brilliant start to the campaign.

Rangers have established themselves as huge favourites to win the Scottish Premiership title this term, with 21 points separating them from second-placed Celtic.

Nevertheless, Light Blues manager Steven Gerrard is keen to bolster his striking options to finish strong, and his links with Liverpool could help him pip the Hoops to Awoniyi’s signature.

The 23-year-old joined the Reds in 2015, but he has not been able to feature for them due to his inability to secure a work permit.

As a result, Awoniyi has spent the last five-and-a-half years on loan at clubs in Netherlands, Belgium and Germany.

Liverpool are open to cashing in on the Nigerian, and they value him at around £5 million, and with work permit rules different in Scotland, regular game time in the German top-flight could help him land one.

That process would also be boosted if he becomes a full international, and Rangers and Celtic might have to wait till the summer before having a realistic chance of landing him.

The Ibrox outfit could finally cash in on Alfredo Morelos at the end of the season, while Odsonne Edouard could also be on his way out of Parkhead in the coming months.

The Old Firm duo will need another striker if that happens, and Awoniyi could be their man.