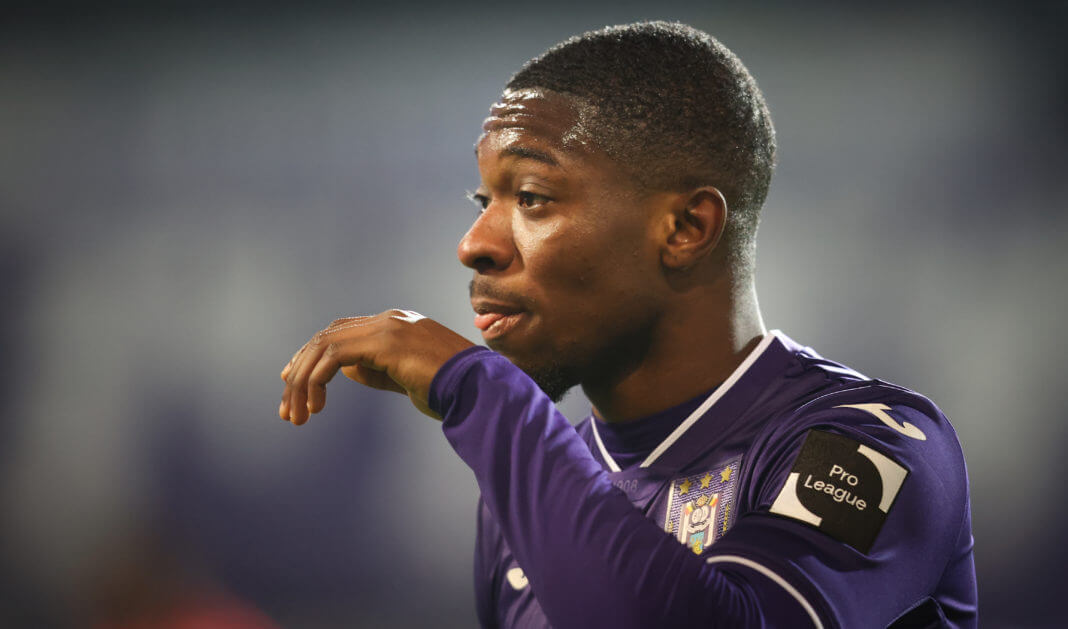 Glasgow Rangers are looking to bring Francis Amuzu to the Ibrox club, according to reports from Voetball 24.

Earlier this month, Sports World Ghana reported that Championship outfit Nottingham Forest have made an official approach to sign the jet-heeled winger.

The 21-year-old has a release clause of £3.6 million, and it seems Rangers have joined the race for his signature as well.

Rangers tried to sign the winger last summer, but they failed in their attempt to lure him to Ibrox. However, the situation is different this time.

The Gers are expected to come up with a tempting offer shortly, and Voetball claims that Anderlecht cannot afford to ignore such an offer.

He has a contract at the club untill 2024, but it seems he could be on his way out. It is not clear though what Rangers are planning to offer, and whether they are looking to sign him now or in the summer.

Considering that Nottingham have made an official approach already, Rangers would be wise to make a move for him this month.

Rangers have added quality players in their attacking department in recent transfer windows, and it seems the Gers have set their sights on under-the-radar talents yet again.

There’s no doubt that Amuzu is a player of great potential and he would strengthen Steven Gerrard’s Rangers side that are on course to winning the Scottish Premiership this season.

Forest have Joe Lolley, Sammy Ameobi and Anthony Knockaert in their ranks, but it seems Chris Hughton is still keen to add another winger this month.