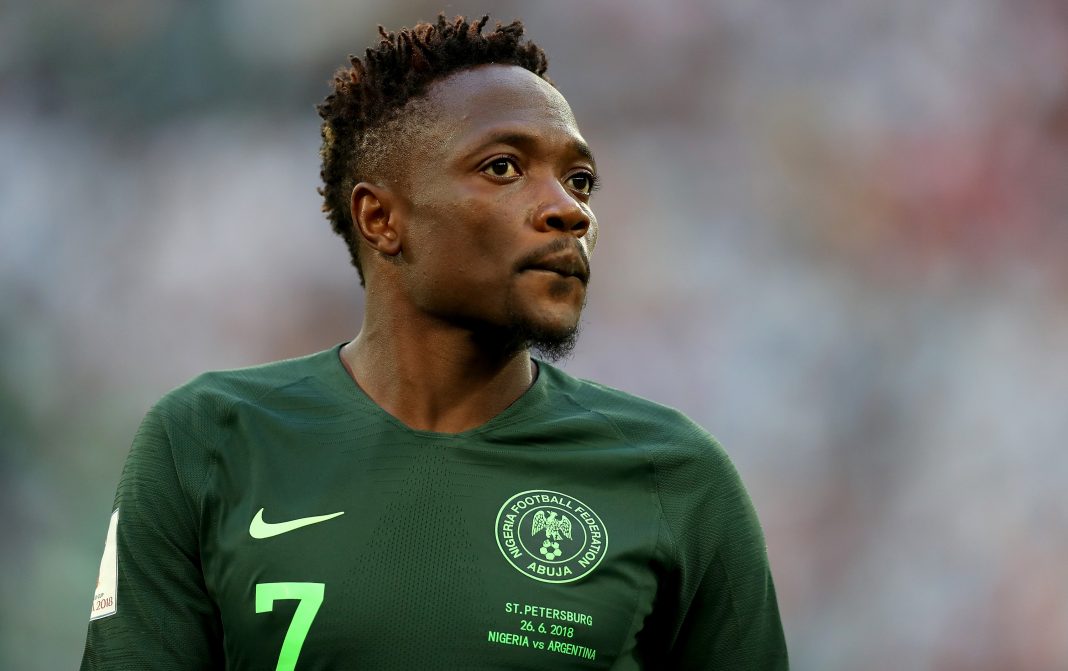 West Bromwich Albion are looking to land the signature of Ahmed Musa on a short-term contract, a report from The Mail claims.

The Baggies have experienced a tough return to the top-flight this season and they are in the relegation zone at the midway stage of the campaign, six points adrift of safety.

The lack of goals from their main strikers has been a concern with Callum Robinson failing to score since September while summer signing Karlan Grant, who is currently injured, has netted only one.

Hence, the west Midlands outfit are on the search for reinforcements and it is reported that they are keen on signing former Leicester City forward Musa, who is available as a free-agent this month.

The 95-cap Nigeria international was released by Al-Nassr in November last year and he could sign the Baggies for the season, provided he receives a UK work permit and passes his medical scheduled on Wednesday.

The Baggies are looking into potential loan deals and bargain signings this month and they recently landed the services of Robert Snodgrass from West Ham United on a free transfer.

Musa struggled to make a mark with the Foxes between 2016 and 2018 where he registered only five goals from 33 appearances in all competitions.

However, he is understood to have ‘unfinished business‘ in the Premier League and could be a handy addition for the Baggies on a short-term deal.

The Nigerian can play on either wing or lead the line and has averaged a goal or an assist in every 163 minutes during the course of his career.

He will have a tougher task at hand with the Baggies, but a decent return would provide Sam Allardyce’s side with a boost in their bid to avoid relegation.