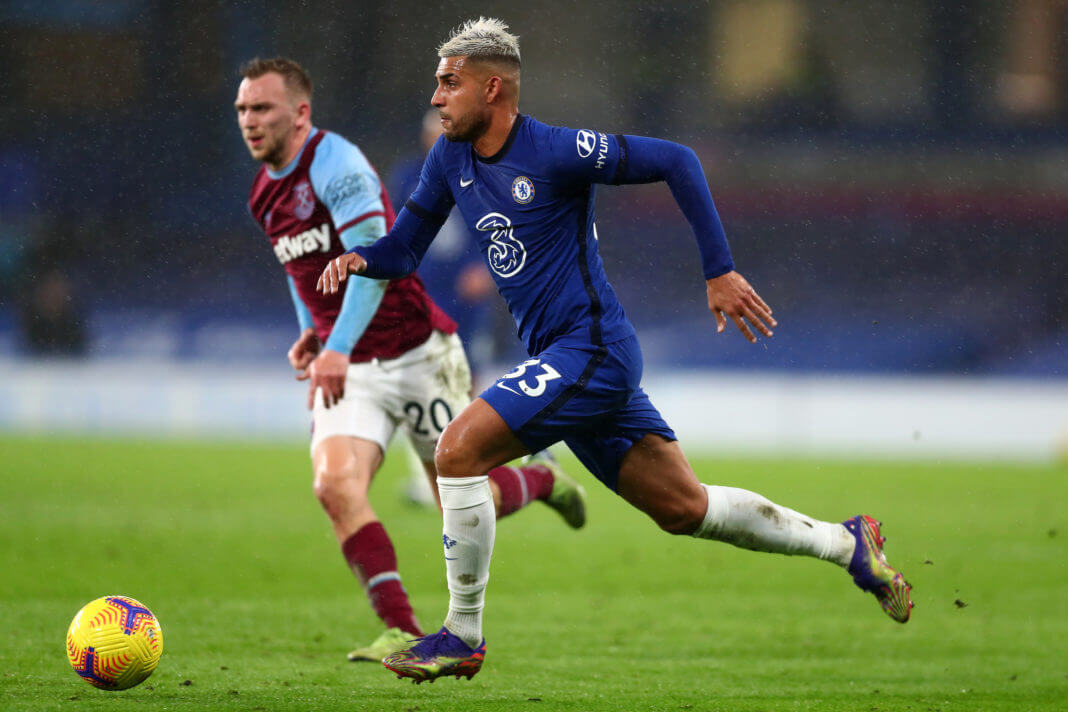 West Ham have made a loan enquiry for Emerson Palmieri but Chelsea have rejected their advances as they want to keep the left-back with them.

Emerson, who is on £75k-per-week wages at Stamford Bridge, has struggled for regular game time following the arrival of Ben Chilwell from Leicester City in the summer.

The 26-year-old has made only two substitute appearances in the Premier League this season, but it seems the Blues are reluctant to let him go this month.

According to reports from The Mirror, Chelsea have rejected West Ham’s loan enquiry for Emerson as Frank Lampard wants him around as a back-up option with the Blues facing a heavy fixture load in the Premier League, Champions League and FA Cup.

West Ham are looking to add a left-back this month with the Hammers are set to be without Arthur Masuaku till the next of next month due to injury.

David Moyes needs to provide cover and competition for Aaron Cresswell, and it has promoted the Hammers to look at Emerson.

The decision will surely frustrate both West Ham and Emerson but Lampard has every right to think about the best interest of Chelsea.

If Chilwell gets injured in the second half of the season, Chelsea would be short of options and offloading Emerson could prove to be a big mistake.

Moyes may have to look for options elsewhere as it seems West Ham won’t be able to sign the Italy international from their London rivals this month.