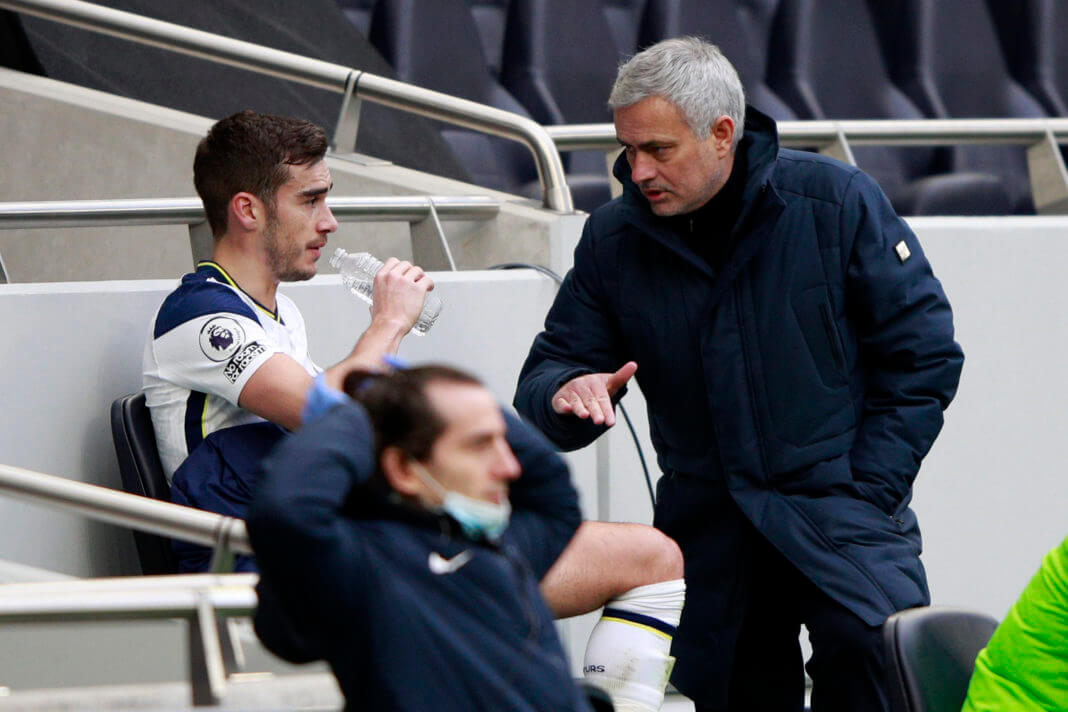 Sky Sports reported earlier this week that Valencia are interested in signing the England midfielder on loan. They made two approaches and were rejected both times.

Balague claimed before that Valencia offered to pay Wink’s £50k-per-week wages, but Spurs rejected their offer.

Jose Mourinho said in his press conference before the Fulham clash that Spurs are not looking to offload Winks on loan.

However, Balague has claimed today that Winks admires Spanish football and, at some point, he would like to play in Spain. Spurs are not looking to sell him at the moment, but they could listen to offers during the summer.

Balague adds that Mourinho doesn’t consider Winks as an essential part of his squad, despite the fact they started against Fulham last night.

#AskGuillem is back! I chat about why Winks can’t leave now, about the #FCB elections, Sergio Ramos and his Real Madrid future, Ousmane Dembele, and more.

The England midfielder has made only six starts in the Premier League and has mostly played in the Europa League and other cup games.

Winks himself admitted earlier this season that he wasn’t happy with his situation at Spurs.

He has been getting more starts recently, and it is up to the player now to cement his position in the team.

Winks is a very good passer of the ball and he is a technically gifted midfielder. Probably, his game is more suited to the Spanish league, but a move away from Spurs this month is out of the question.