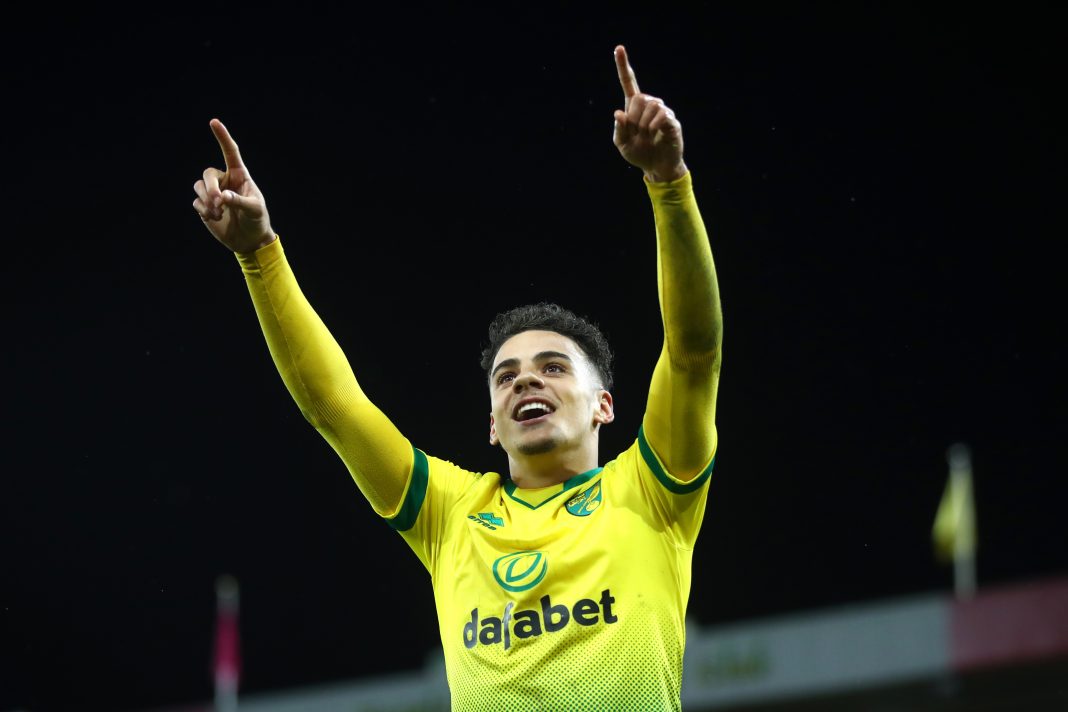 Everton are interested in Max Aarons as potential target for the next transfer window. He’s in the list, as Ancelotti is looking for a new right-back. 🔵 #EFC

It’s gonna be a long race: Bayern Münich have already opened talks with Norwich to sign Aarons, Man Utd scouted him too.

Manager Carlo Ancelotti wants a new player in the position and the Toffees have included the 21-year-old in their list.

However, Everton will face stiff competition in the race for Aarons with Bayern Munich also keen on his services.

The Bundesliga giants have already opened talks with Norwich about signing him while Manchester United have run the rule over him a couple of times.

Jonjoe Kenny also featured in four Premier League games before joining Celtic on loan last month, but it appears that Ancelotti wants a new right-back who will be an upgrade on his current options.

Centre-back duo Mason Holgate and Ben Godfrey have also been deployed in the position, but there is no doubt that Aarons would be the perfect man for the job given his huge qualities and potential.

The Norwich star has also been linked with Tottenham Hotspur in the past while Arsenal are keeping tabs on him ahead of the summer transfer window, and more suitors are likely to emerge for his signature in the coming months.

While he has just a goal and no assist in 33 games across all competitions for the Championship outfit this term and ended last term with just one assist in 36 Premier League games, Aarons’ attacking abilities are the main qualities that have attracted Bayern, Everton, Man Utd and Arsenal.

He ended 2018-19 with six assists and two goals in 41 Championship games and would replicate a similar return at Goodison Park given the quality of players they have in attack.

Everton have one of the best left-backs in the top-flight already, and they could be landing a right-back that has what it takes to become the best in the league.

In other news, Everton are plotting move for Liverpool top summer transfer target.