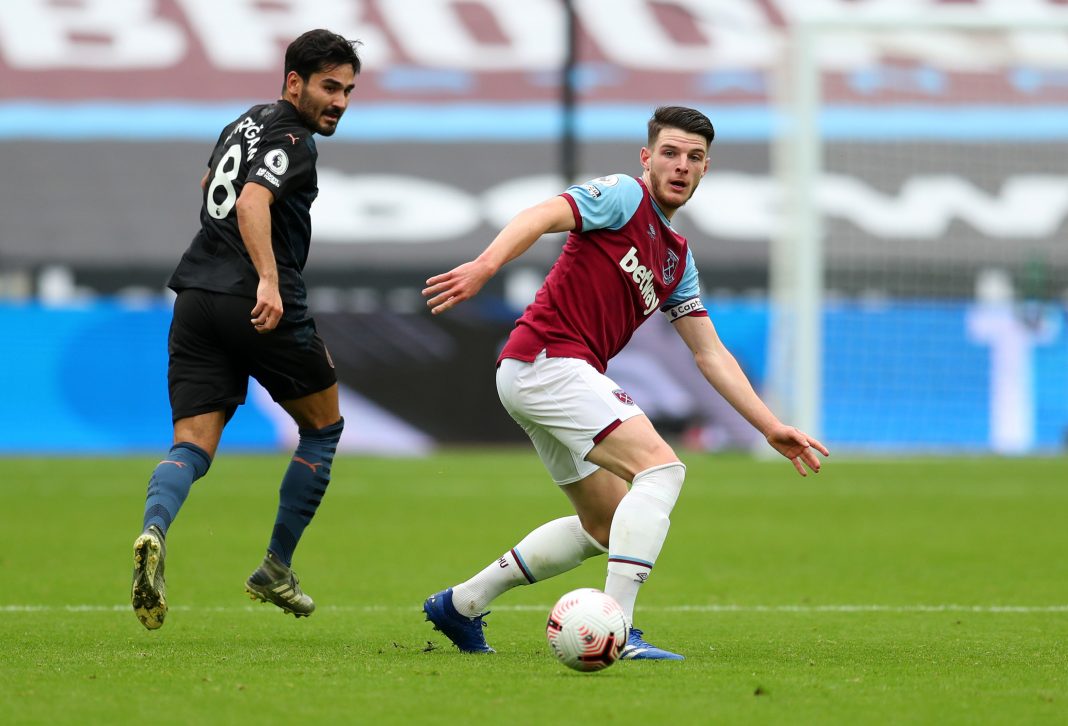 West Ham United picked up a 2-1 win over Tottenham Hotspur in the Premier League this weekend and Hammers midfielder Declan Rice has revealed how Jose Mourinho inspired the victory for the home side.

The Portuguese manager’s pre-match comments motivated the West Ham players to step up and grind out the win in the London derby.

Before the start of the game, the Spurs boss claimed that the table could look different at the end of the season and his side could end up finishing above the Hammers.

Rice revealed that the players were keen to prove him wrong and they were determined to put on a superb performance.

He said to talkSPORT: “I read during the week that Mourinho said that, at the end of the season, there would be no comparison between where Spurs are going to be compared to West Ham and that they were going to overtake us.

“You read stuff like that as players – I think he said it on the Spurs YouTube channel  – you read that as players and you think, ‘Yeah that is going to make me go out there and prove you wrong’.

“You go out there and you want to put out an even better performance, so I think all the lads knew that. We wanted to go out there yesterday and really beat Spurs.”

The Hammers have been outstanding in the Premier League so far this season and yesterday’s win takes them into the top four, nine points clear of ninth-placed Tottenham.

Mourinho’s side will have to improve if they want to finish above the Hammers from this position.

Meanwhile, West Ham will be desperate to secure European qualification after the kind of season they have had.

During his interview, Rice also claimed that the Hammers belong in the Champions League and the players will be pushing to get there.