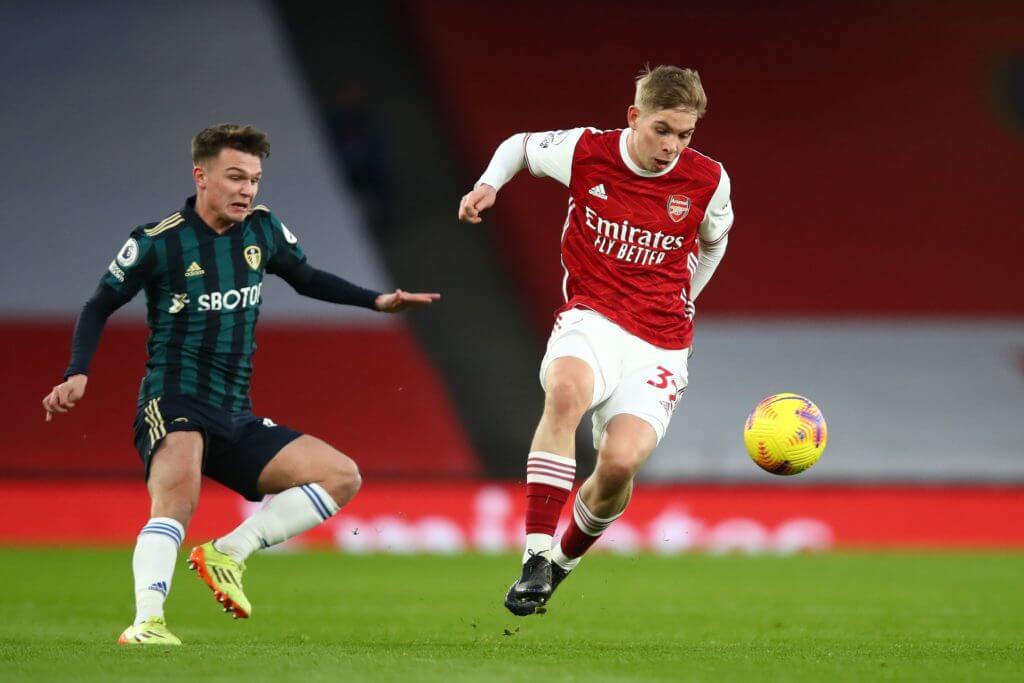 Arsenal face Slavia Prague on the road in the second leg of their Europa League quarter-final tie tonight.

The Gunners played out a frustrating 1-1 draw in the first leg where they conceded a 94th-minute equaliser.

Hence, they find themselves with the compulsion to score an away goal at Slavia to progress in the competition.

The north London club go into the game with momentum after an impressive 3-0 league triumph at Sheffield United.

Bernd Leno has been the club’s regular choice in goal across all competitions, and he is likely to start against the Czech champions.

In the backline, there could be multiple changes. Hector Bellerin was rested for the Sheffield game, and he is likely to replace Calum Chambers at right-back.

In the central defence, Rob Holding could have a new defensive partner. Pablo Mari is likely to be replaced by Gabriel, who is preferred by the manager for the big games.

Granit Xhaka slotted into an unfamiliar left-back role at Bramall Lane, but we anticipate Cedric Soares to get the nod for the position tonight.

That would mean that Xhaka will play in his customary central midfield position. He is likely to be partnered by Thomas Partey. Dani Ceballos could drop to the bench.

The Gunners have received a big boost for the game with both Emile Smith Rowe and Bukayo Saka back in full training after respective injuries.

However, Martin Odegaard (knee) and Pierre-Emerick Aubameyang (flu) are doubtful for the contest, and their involvement may depend on late fitness tests.

Saka started in the number 10 position against Sheffield, and he could feature in a similar position with concerns over Odegaard’s participation.

Nicolas Pepe may continue on the right wing while Smith Rowe could replace Gabriel Martinelli on the opposite flank despite the latter’s goal at the weekend.

Upfront, Alexandre Lacazette looks set to start. The Frenchman had a poor first leg display where he squandered a couple of clear-cut scoring opportunities.

He managed to find his scoring boots with a brace against Sheffield, which should give him confidence ahead of a crucial game for the Gunners.